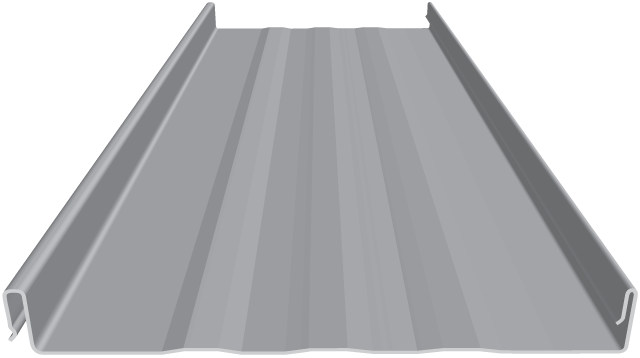 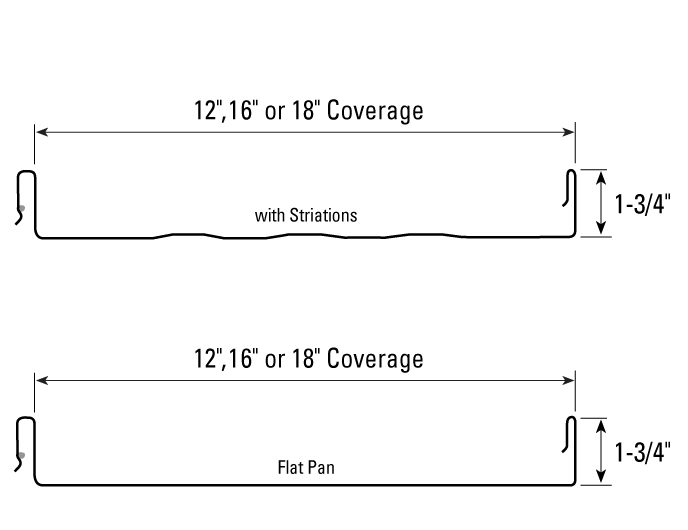 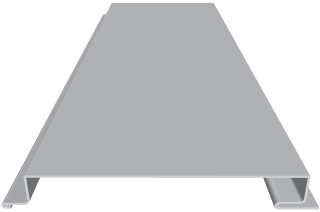 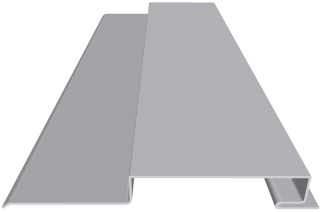 The California City of Folsom is known for its beauty, location in the foothills of the Sierra Nevada mountain range, and views and vistas of Folsom Lake and Folsom Dam. But the spectacular views and comfortable living comes with some risk; the sloping terrain and the combination of rainy winters and long hot summers promote the growth of grasses, brush, and oak timber, that can propagate a wildland fire. In 2018 alone, there were 15 wildfires in the Folsom area; recent California wildfires in Santa Rosa, Redding, and Paradise emphatically showed how vulnerable city neighborhoods can be. Local and state fire maps show that as many as 2,000 homes are at a high risk of wildfires, the most of any local city. In Folsom, the encroachment of development into wildland areas increases the fire hazard.

Folsom Fire Station 39 is the City’s fifth fire station, located at the foot of the Folsom Bluffs, and strategically placed for a fast response. The Station was long overdue; planned 12 years ago, the Great Recession delayed the project until now. Station 39 single-story fire station is located in the Empire Ranch community. The +/-10,000 square-foot station features three apparatus bays large enough to house a fire engine, brush engine and ambulance, and five single dorms for engine company and ambulance personnel, as well as offices and public areas.

Station 39 is designed in a Craftsman Style, with gable roofs with broad overhangs and exposed bracing as part of the building composition. The site is adjacent to a future City Park, and in the middle of a growing residential neighborhood. Metal Sales Concealed TL Series and Exposed T6A Horizontal wall panels, along with Eldorado Manufactured Stone Veneer, emulate the residential scale, while providing low maintenance for the City. Metal Sales Vertical Seam metal roofing supported by exposed framing recalls Craftsman details.

Station 39 was warmly received by the community, in a public open house, and is now serving and protecting its immediate area of response. Station 39 continues the Folsom Fire Department tradition of service, with its roots in California’s Gold Rush era when the Folsom Volunteer Fire Department was established. 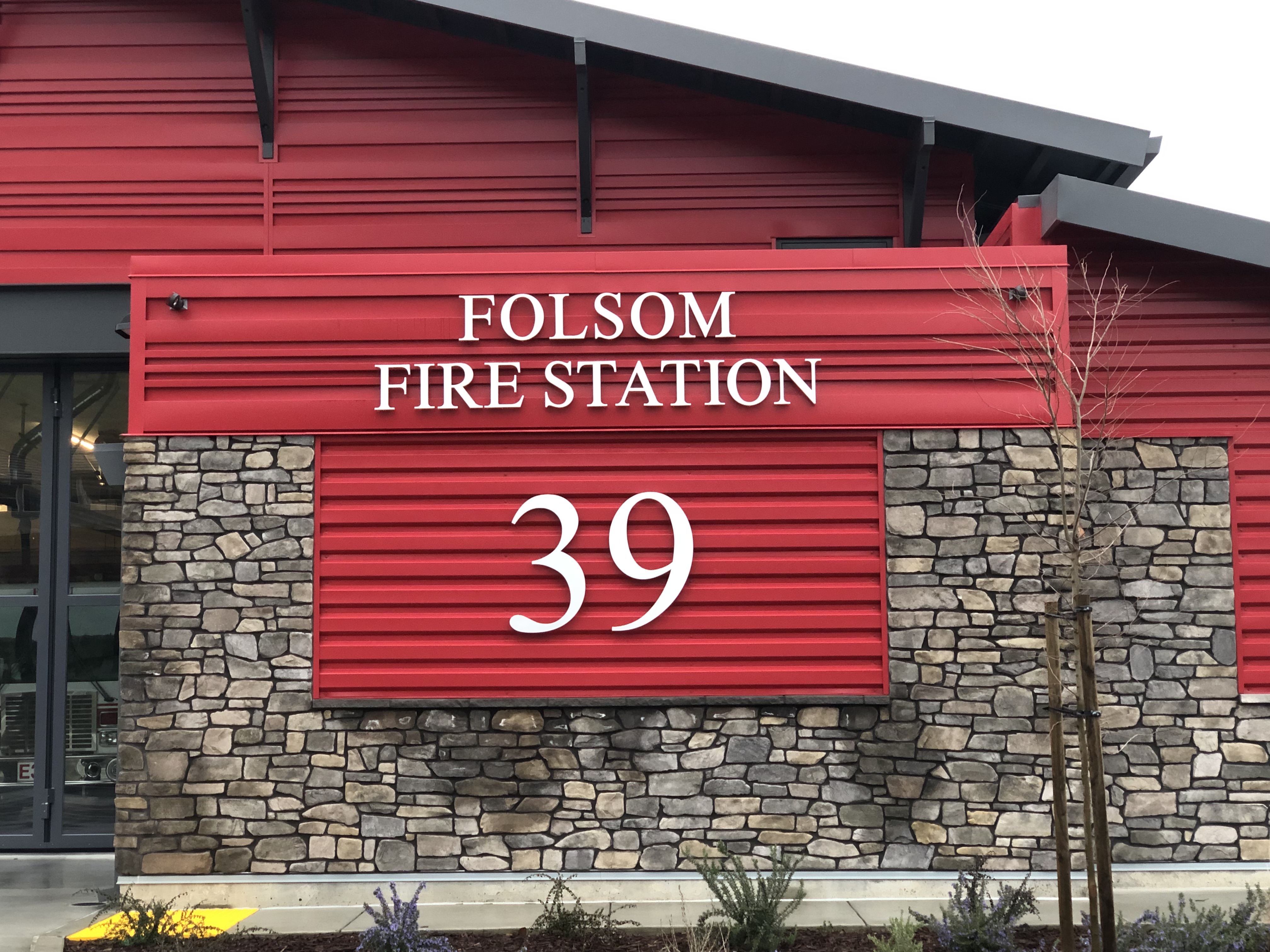 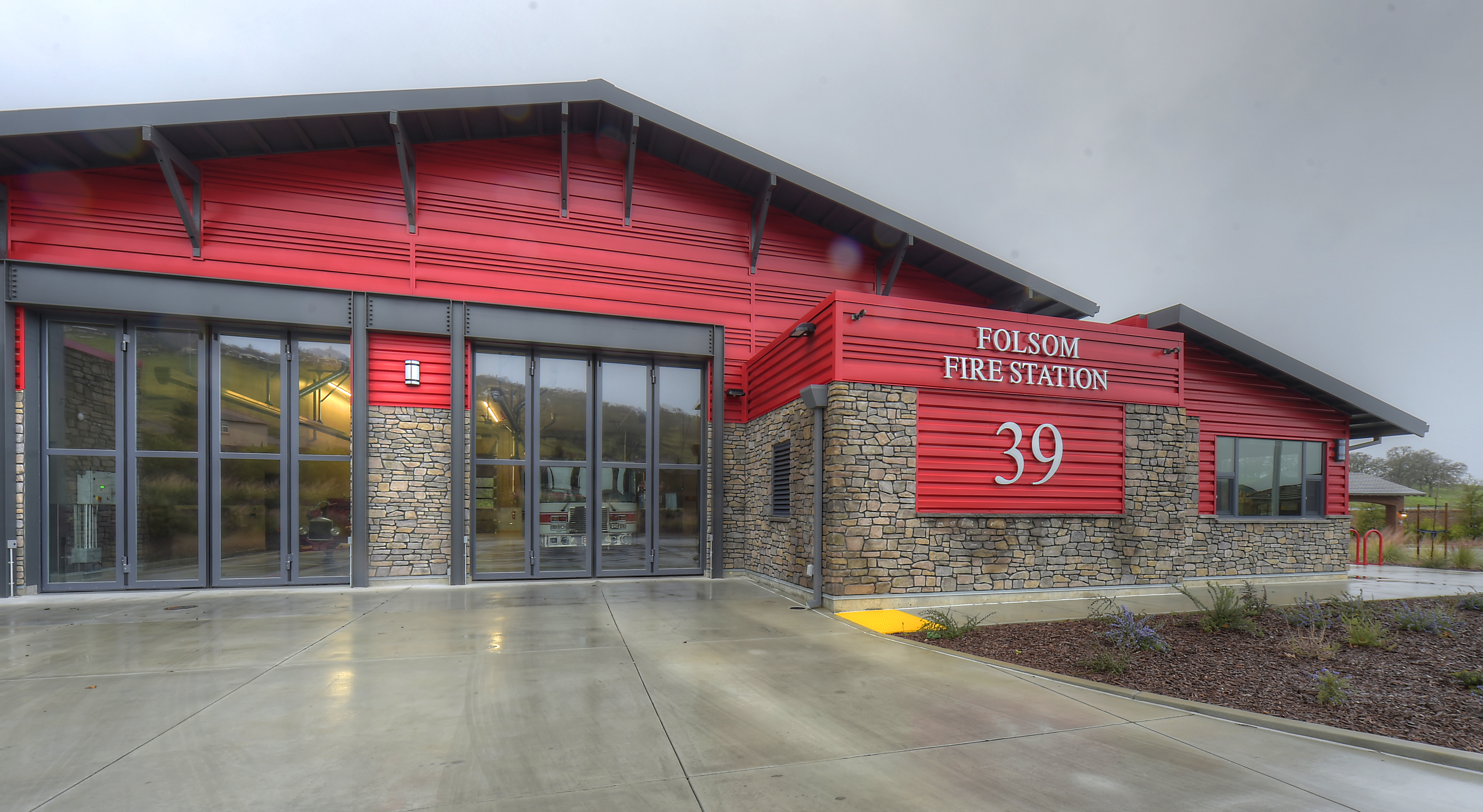 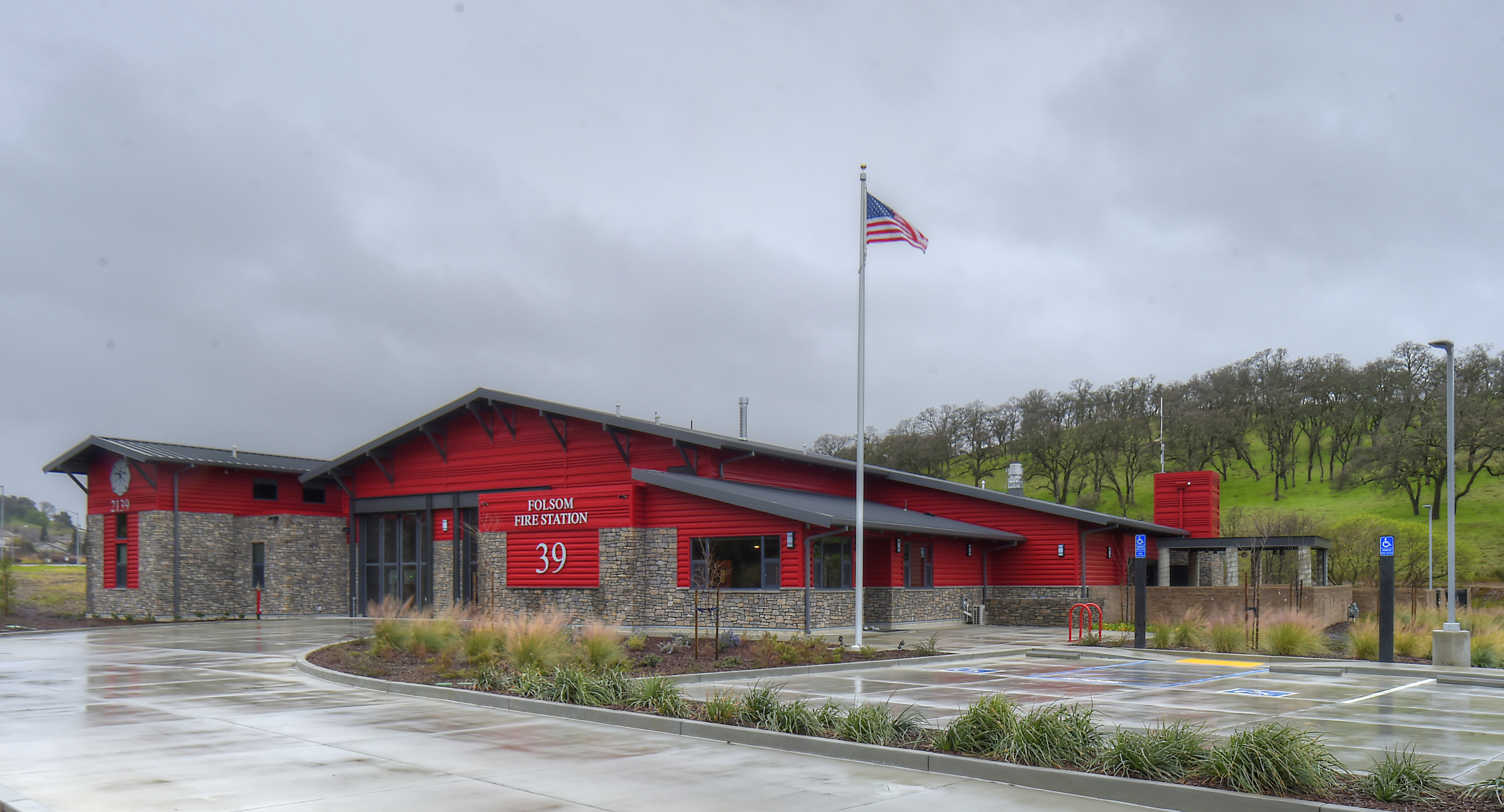 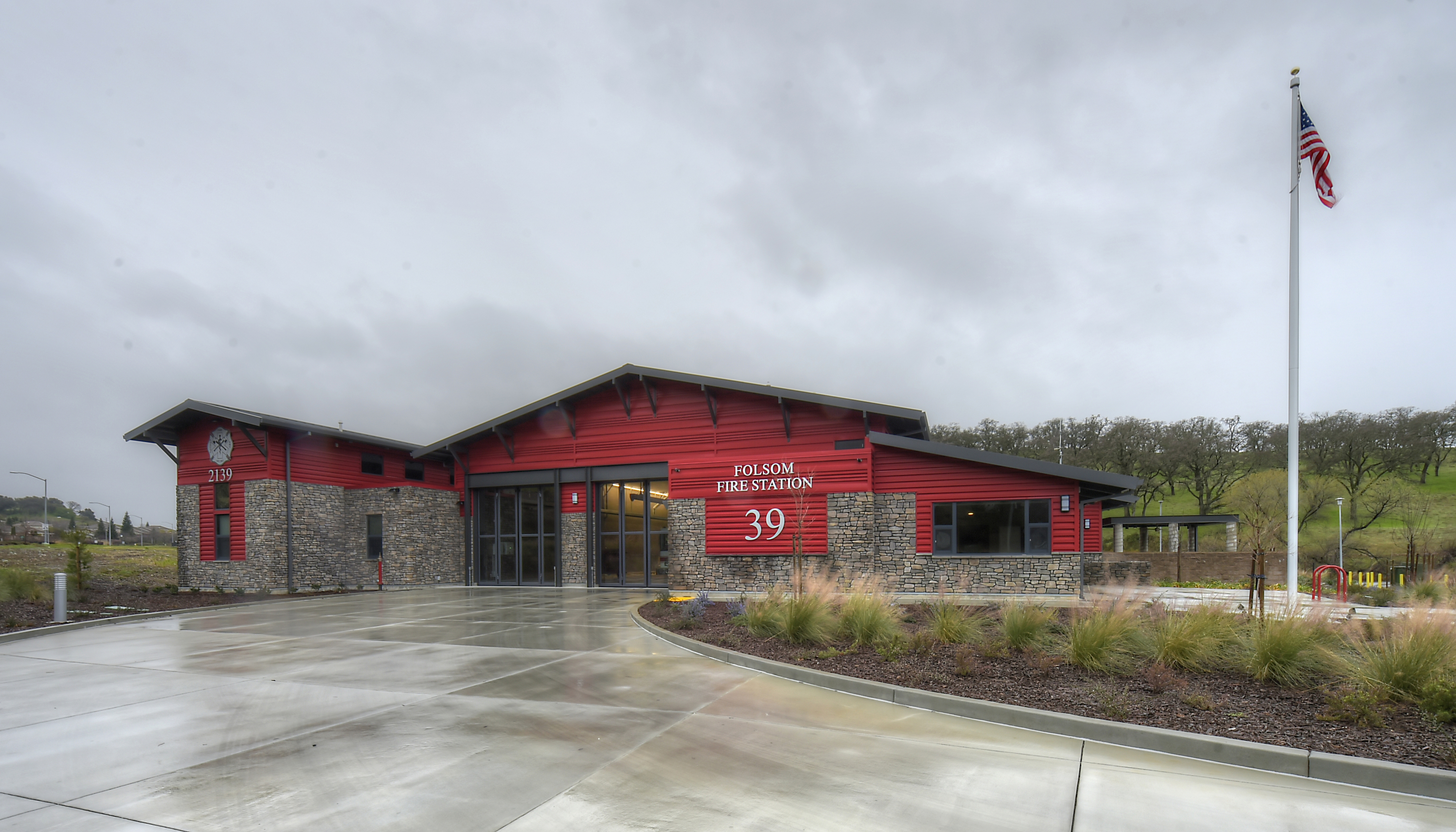