SLO The Rock Brewery and Taproom

SLO Brewing Co.’s mixed-use facility in San Luis Obispo, Calif., SLO Brew Rock, was designed to meet two overarching goals. It needed to fit with surrounding architecture and combine lots of functions in one building. On the exterior, the design had to work within the context of an office park. Inside had to house a brewery, laboratory, restaurant, commercial kitchen, gymnastics studio, event space and storage space.

Steven Pults, AIA, principal at San Luis Obispo-based Steven D. Pults AIA and Associates LLP, says, “It was the combination of uses, and how you put this manufacturing facility in the middle of an office park and have it make sense; I think those were the two biggest challenges.”

Contrasting Designs
Instead of matching the manufacturing and retail facility to the office buildings, Pults and Associates contrasted the two. The office buildings, which the firm also designed, are modern, winged structures. They have a high-tech appearance inspired by San Luis Obispo County Regional Airport, which is next to the property. Conversely, the brewery building has an agricultural and rustic design.

“The rustic design draws attention to it and gives it an identity; it’s clearly the brewery,” Pults says. “We kind of struggled in the beginning with how to put this in the middle of these office buildings, which are pretty unique. At one point, we considered designing the brewery in a style similar to the office buildings, but decided that was crazy. So we came up with the concept to make the brewery entirely different so that everybody could tell what it was.”

Pults and Associates used a metal building system supplied by Lathrop, Calif.-based CBC Steel Buildings to accommodate all the uses. For one thing, the brewing tanks and other equipment required high ceilings. Also, to allow patrons in the restaurant to view the brewery, a glass wall was built in between the two. To serve the restaurant and event space at the same time, the kitchen was given an extra large capacity. “It’s basically two commercial kitchens,” Pults says. “So that was probably the biggest challenge, getting all the uses in the same space.”

Three-Part Layout
To organize the spaces, Pults and Associates divided the building in thirds. The center third houses the brewery and has the restaurant in front of it. Facing the front of the building, the left side contains the gymnastic studio and event space, and the right side houses a laboratory and storage space for the brewery. The roof has seven peaks, three in the middle third and two at each side. “Each one of those pods has its own structure, but they all tie together,” Pults says.

“Part of the reason for the building color change was for the rust colored panels to identify where the restaurant and tasting room are located, versus the rest of it, which is more or less manufacturing,” Pults says. “So that really led to the Corten siding on that space.”

Coordinating the Rock
The reddish-brown weathering steel and light grey panels match colors of a giant rock outcropping in front of the facility, for which it’s named, SLO Brew Rock. The owner wanted to keep the rock on the property and, during public hearings, representatives from the Chumash Indians said the rock was part of their tribe’s history. “The whole thing came down to, the rock had to stay,” Pults says.

So, the building was oriented to fit around the rock. The building and rock’s color coordination was a fortunate coincidence. Also fortunate, Pults says, “It is a good looking rock.” 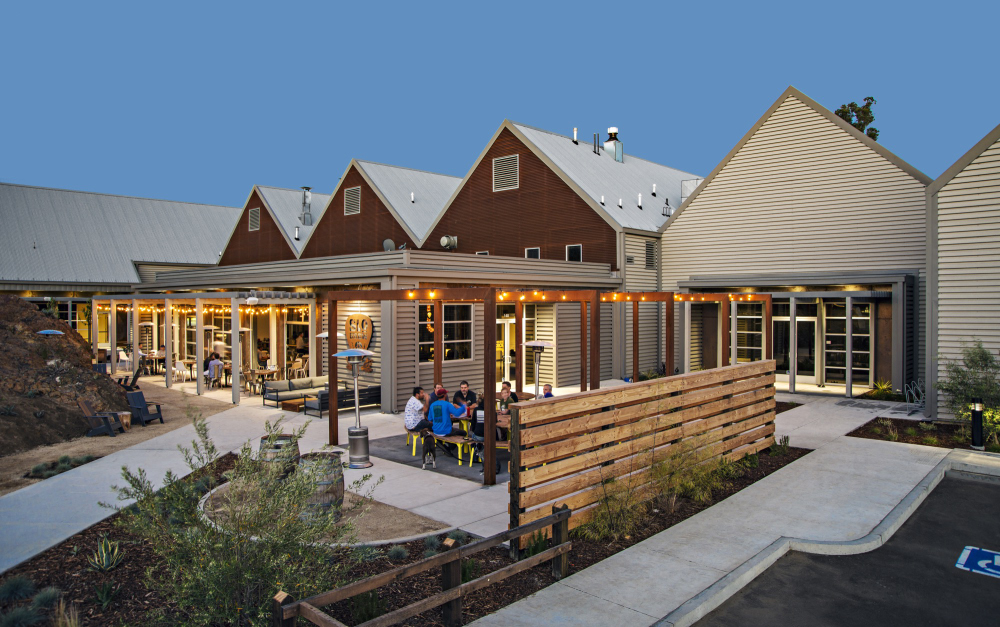 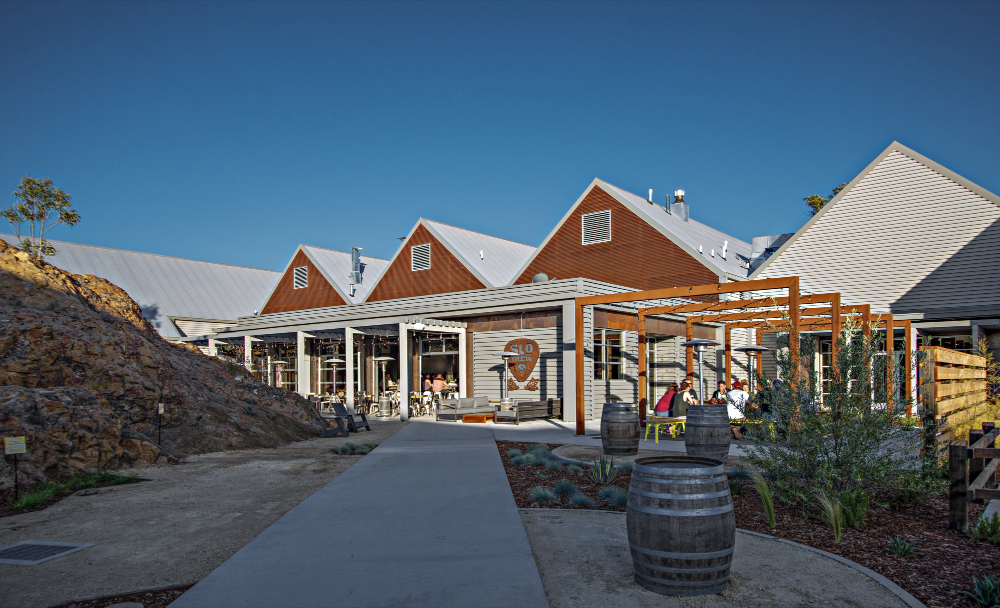 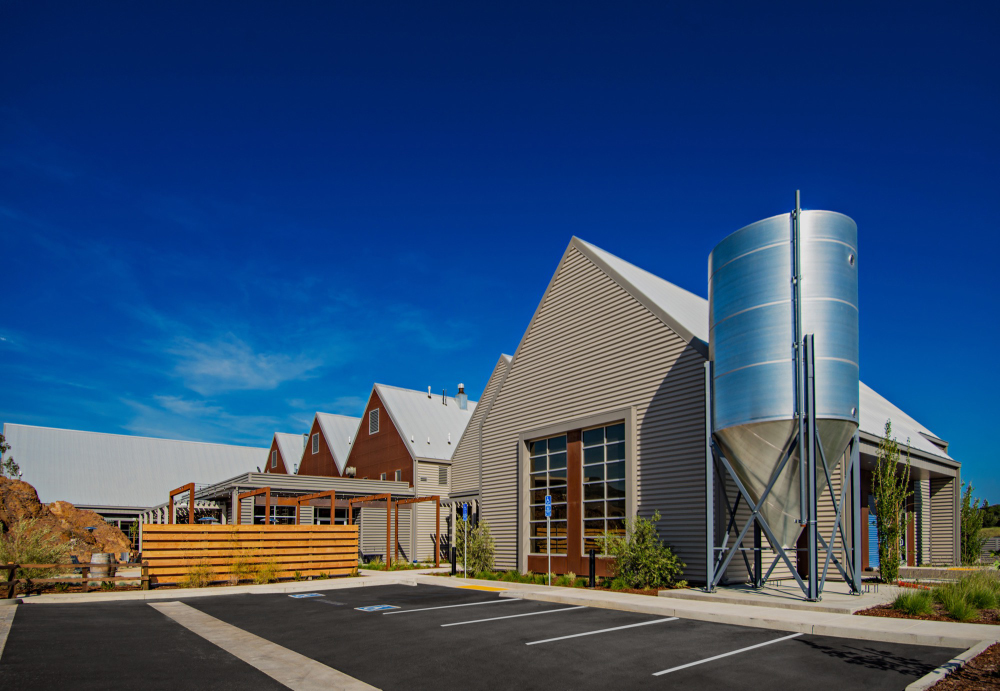 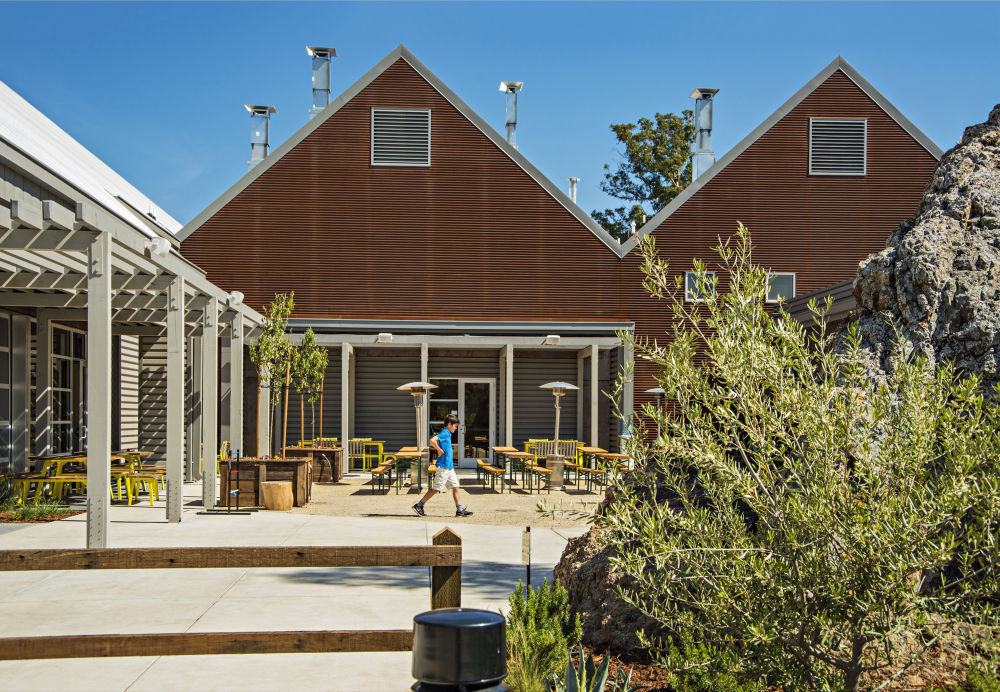 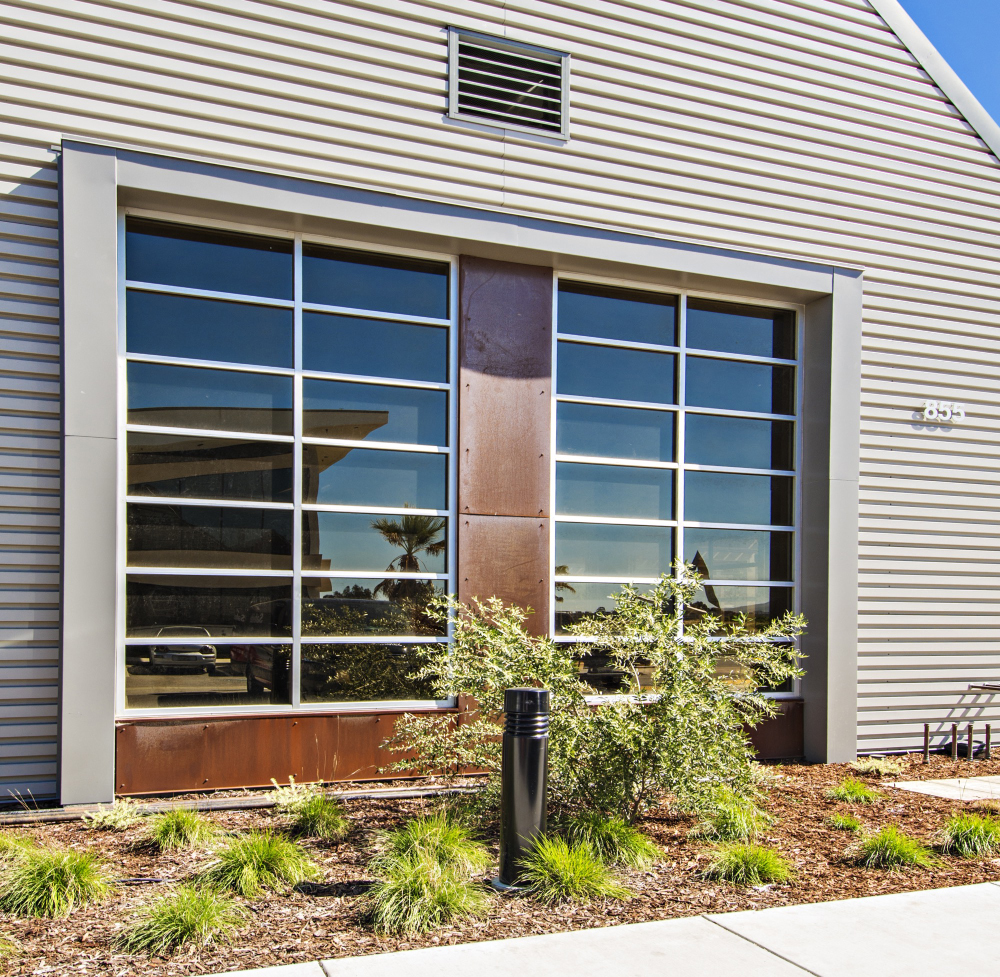 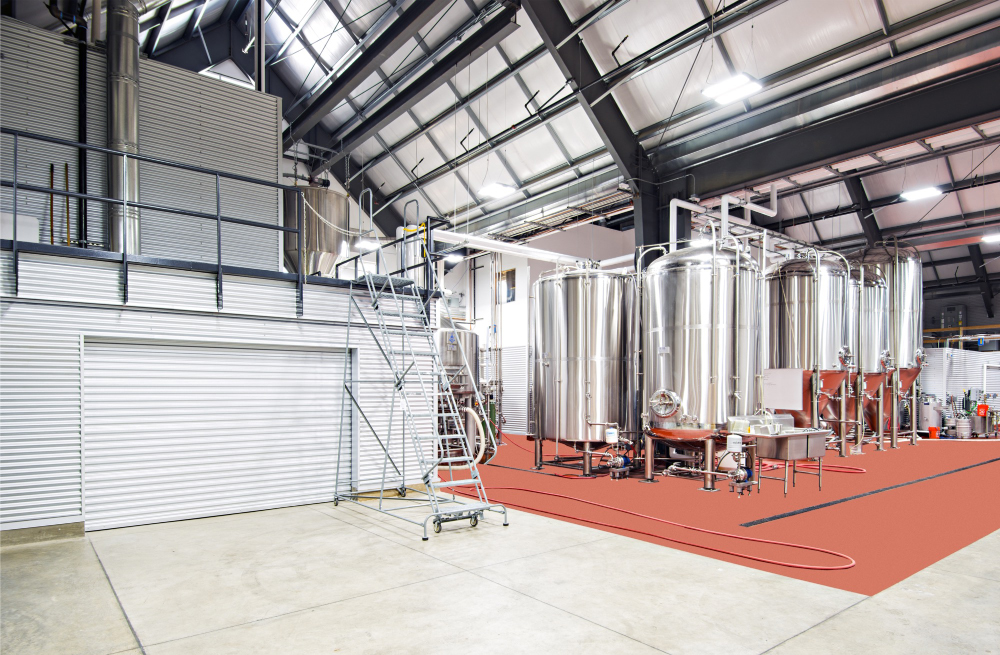 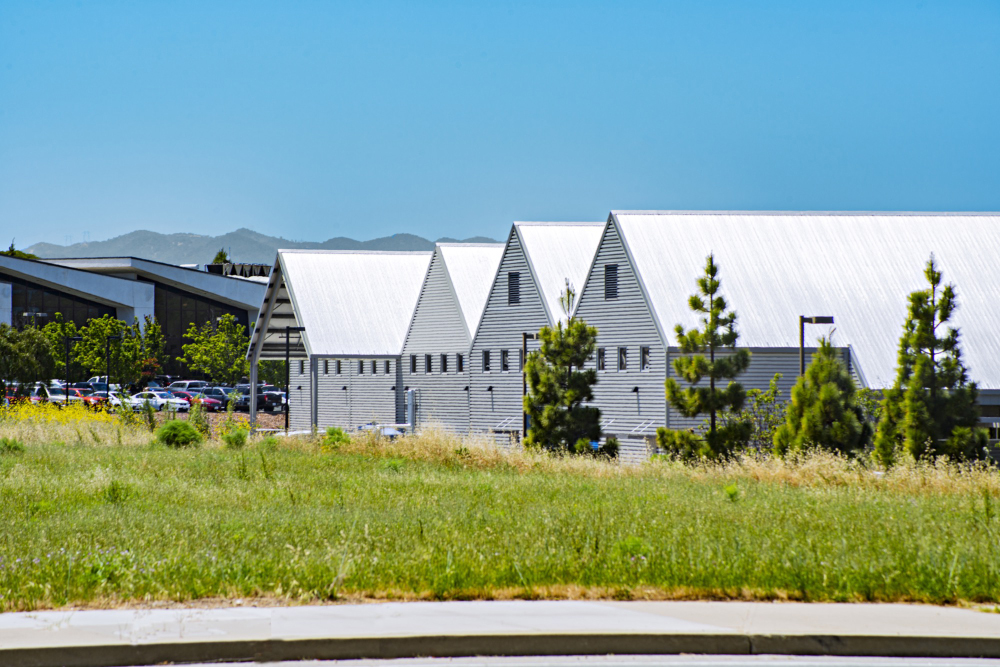 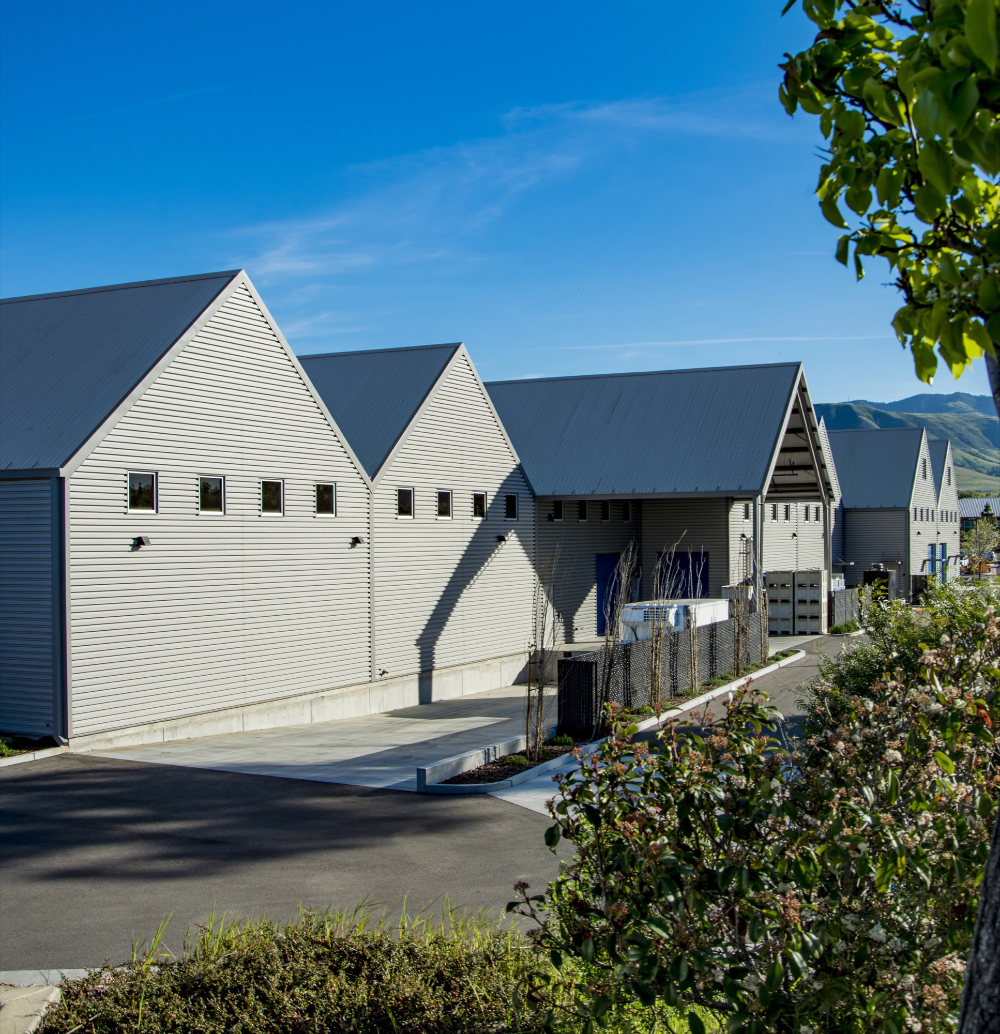 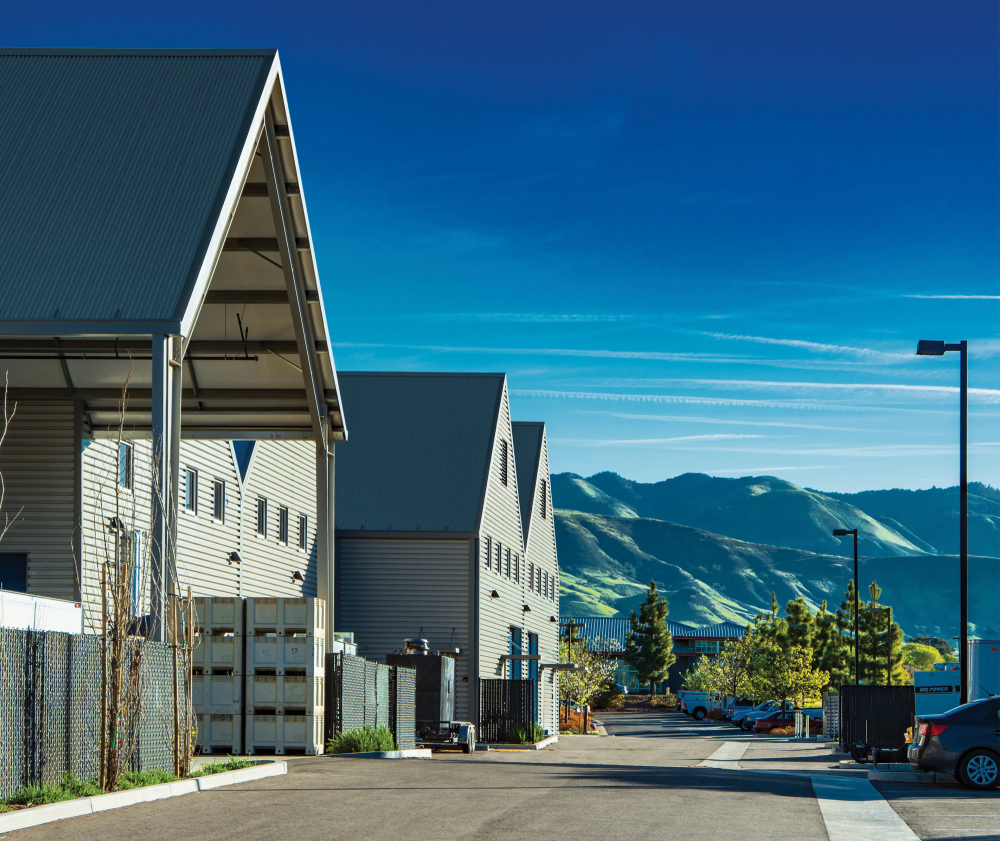 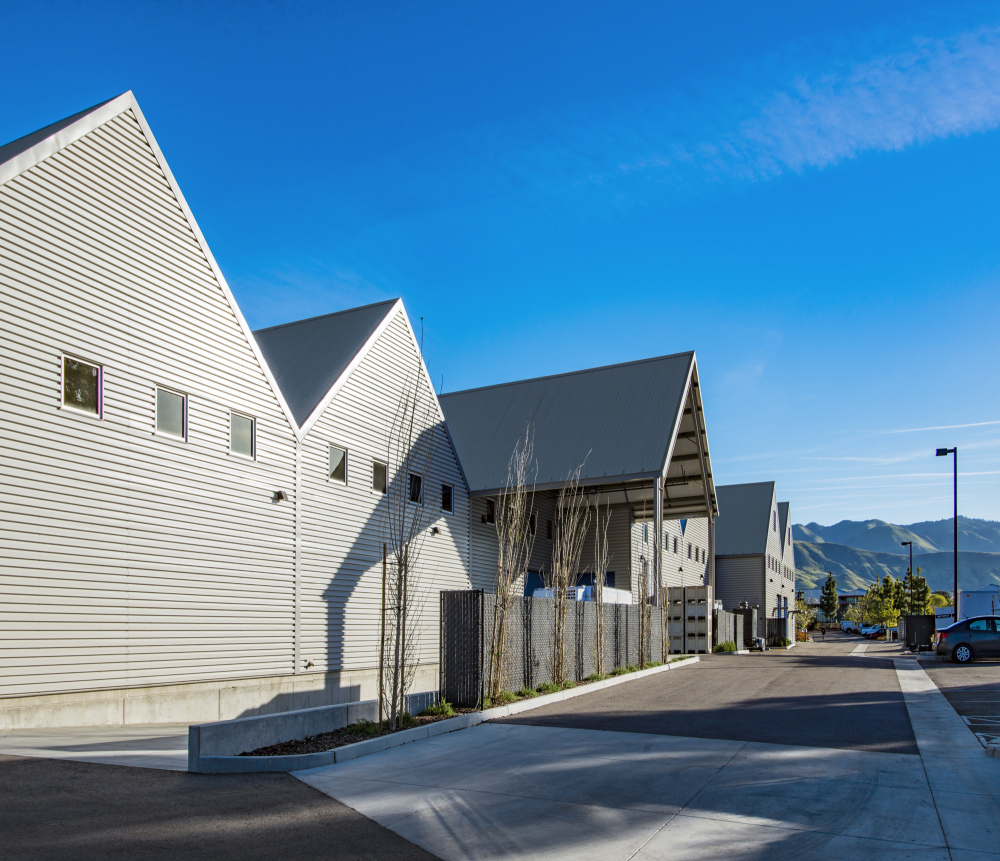 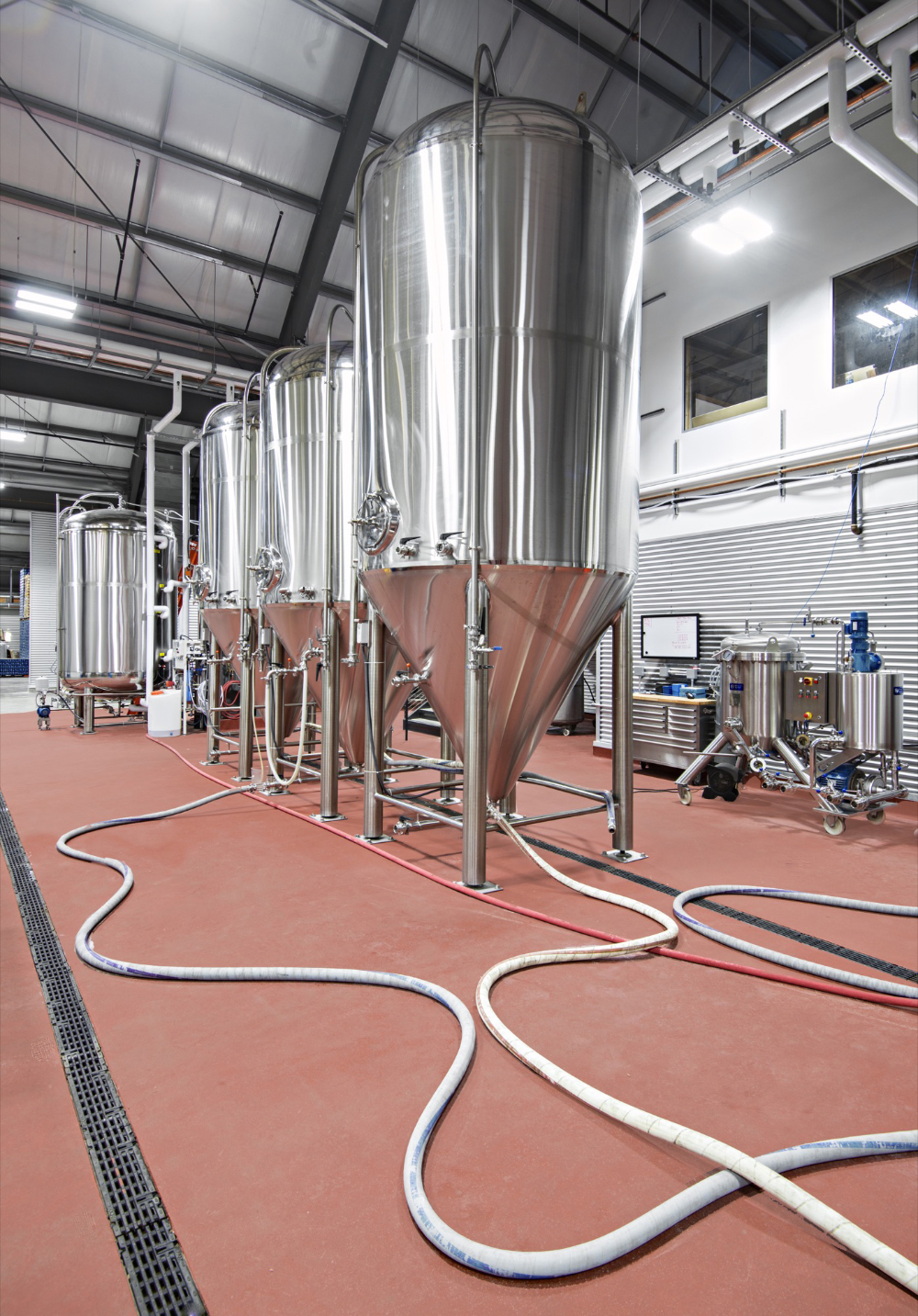 SLO The Rock Brewery and Taproom

This Oakville, CA, winery tops off its wine cellar, which features authentic timber and reclaimed stone, with a Vertical Seam roof to complete its Napa Valley aesthetic.